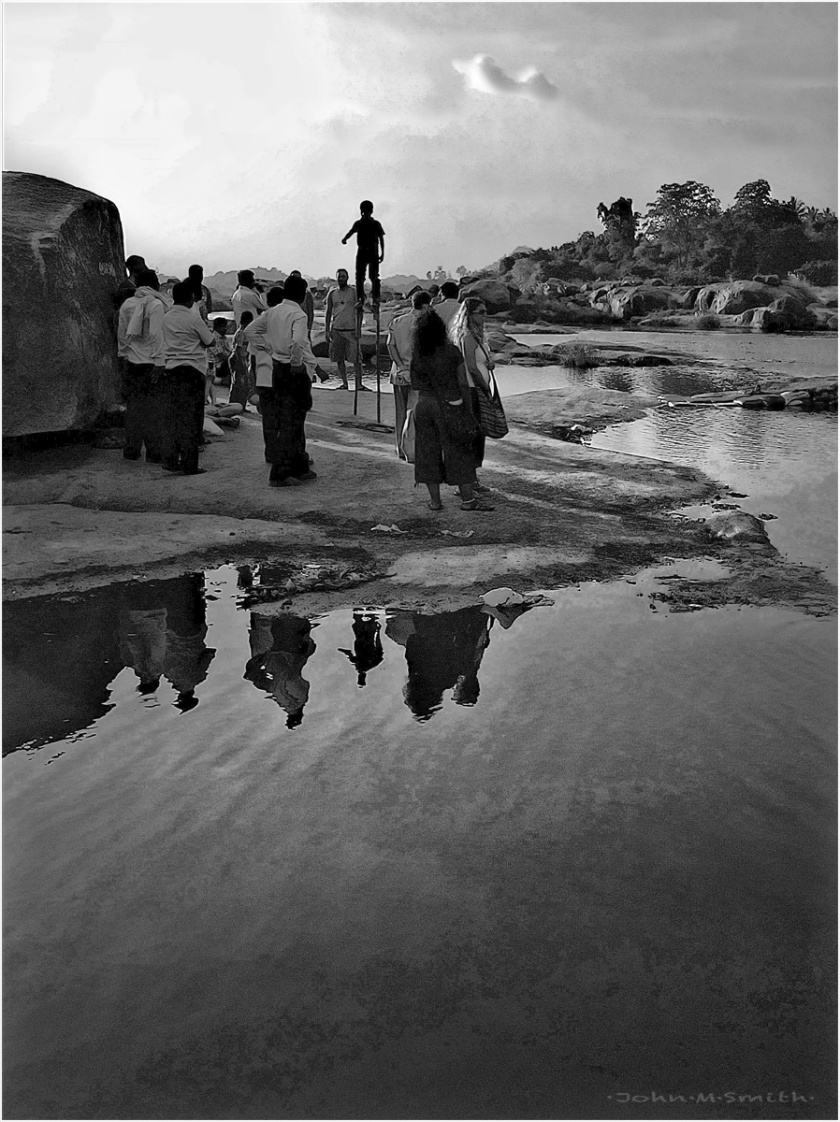 A boy entertains the people waiting to take a ferry across the Tungabhadra at Hampi, Karnataka, India. 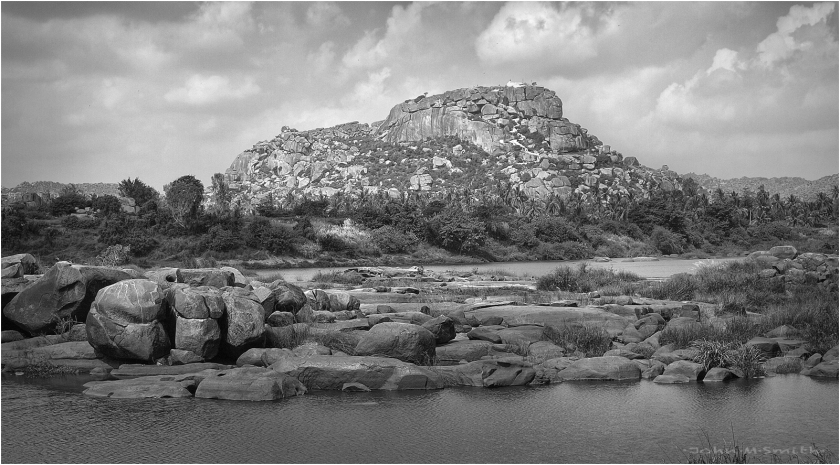 The Anjana Matha Temple, Anjanadri Betta,  can be seen on the summit of this hill that stands just to the north of the Tungabhadra River. The temple is dedicated to Hanuman.

The location is in the Indian State of Karnataka close to the Hampi world heritage site. 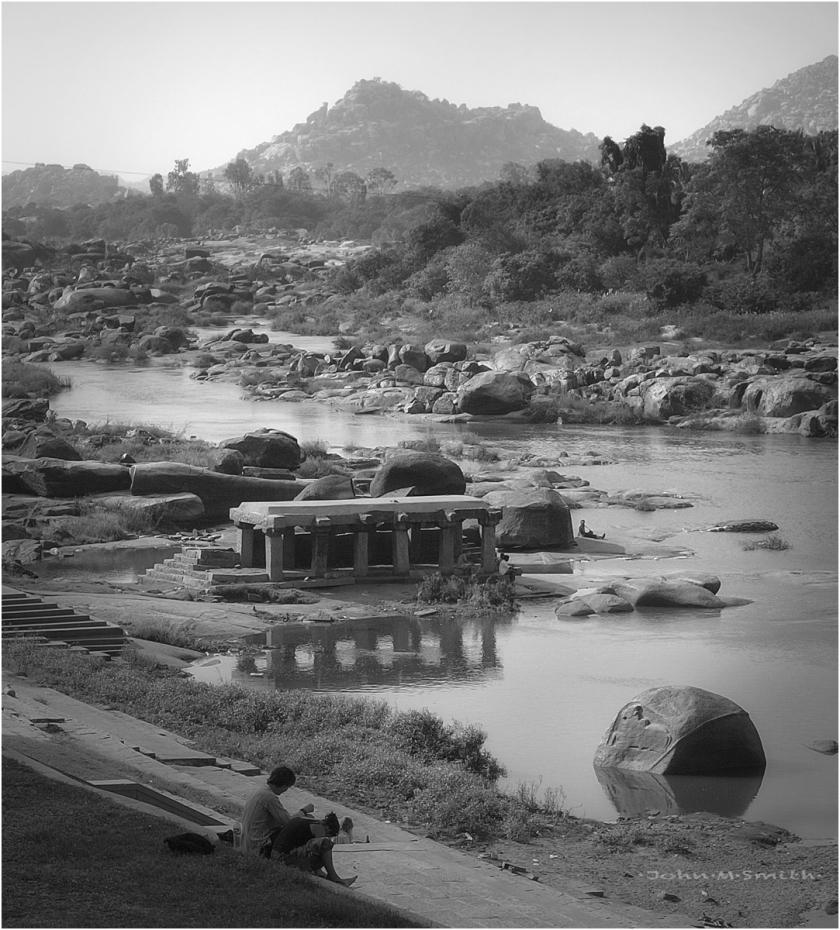 A mono of the River Tungabhadra where it passes through the world heritage site at Hampi in the Indian State of Karnataka. 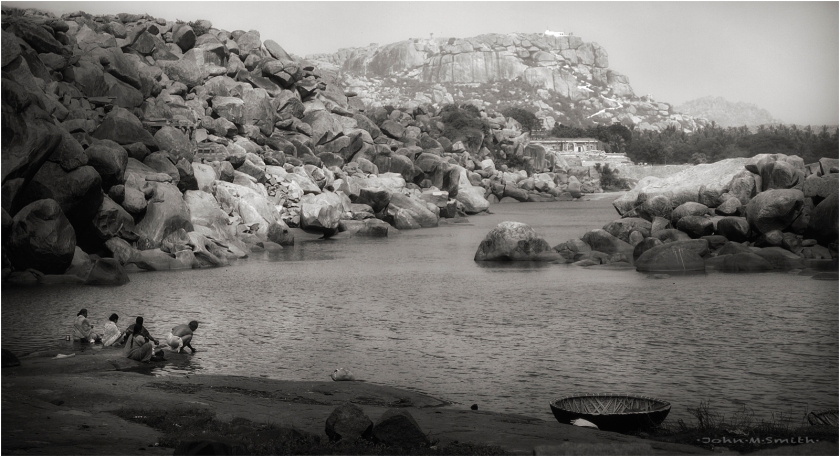 The area around this part of the Indian State of Karnataka is quite strange with many of the hills made up of piles of huge boulders. Through it runs the Tungabhadra River and as this is an historical site you can explore amazing temples and the ruins of the Vijayanagara Empire that came into being in about 1336. 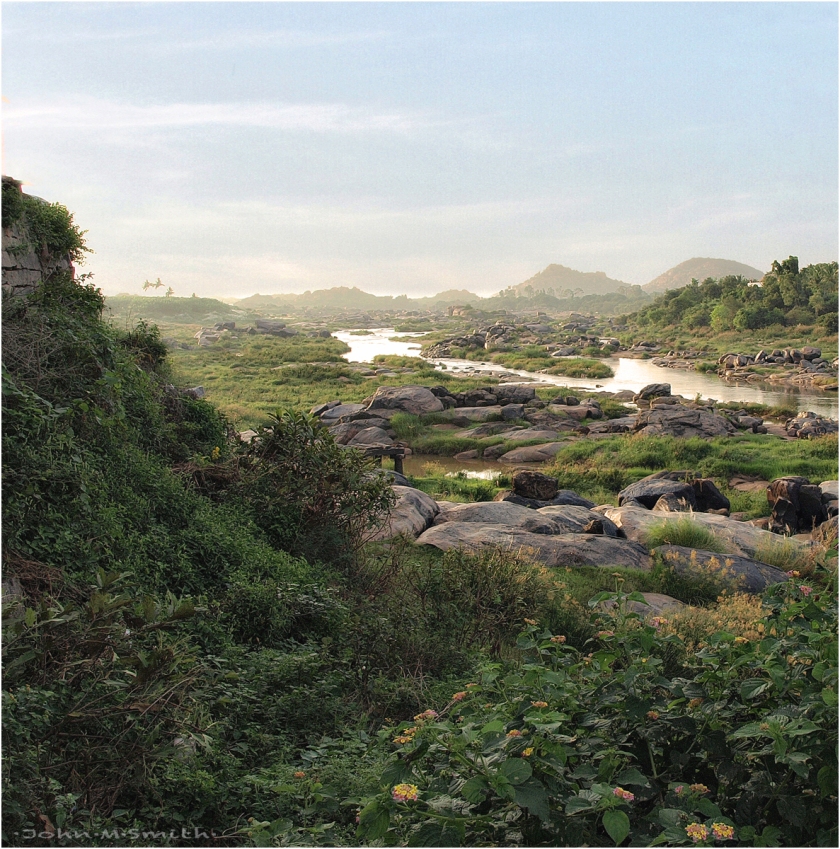 A fairytale landscape with its flowers and strange topography that takes me back to that wonderful World Heritage site of Hampi on the Tungabhadra River in Karnataka. 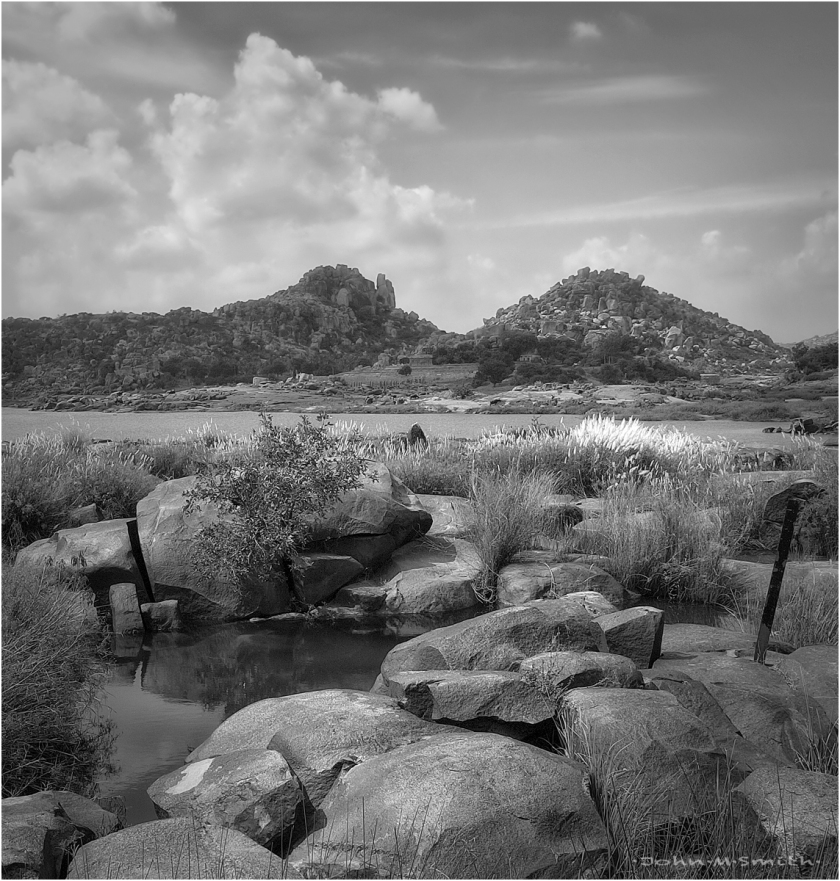 The first of a series of monochrome studies taken in India.

The River Tungabhadra runs through the remarkable landscape of historic Hampi in the state of Karnataka.

A photo on Google maps taken in December 2008 shows that this was a suspension bridge under construction and this picture was taken in November 2009 after the centre section had collapsed into the river.

The location at Hampi in Karnataka, India, on the River Tungabhadra and the bridge was intended to link the village of Anegundi to the Kamalapura Road. 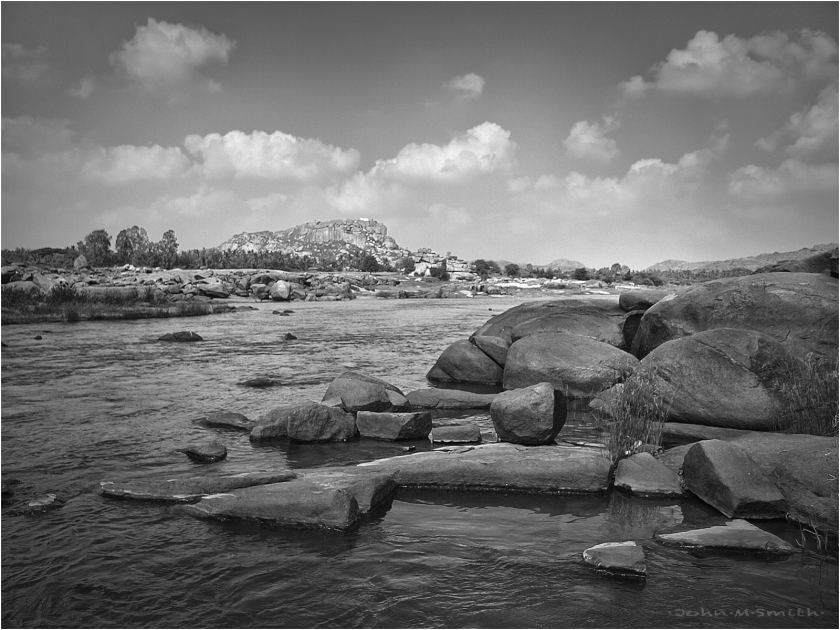 Hampi is one of my favourite areas of Asia, and it is located in the north part of the state of Karnataka in central-south India.

Here we are standing on the banks of the Tungabhadra River which in the Indian epic, The Ramayana was known as the Pampa.

The temple on the hill is the Anjana Matha Temple and is dedicated to Hanuman, the monkey warrior god. According to Hindu mythology he was born to Anjana. Thus Hanuman is also known as Anjaneya and his birthplace as Anjaneyadri (Anjaneya’s hill).